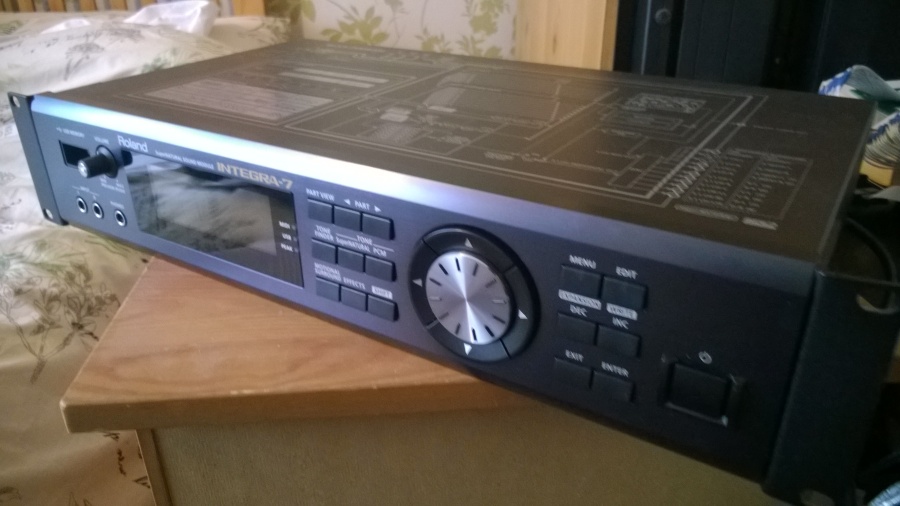 Some of you may have read about this four year old sound module. I decided to purchase this unit off eBay (girlfriend describes it as an old DVD player) because it was advertised as having great bread and butter sounds.

What I sorely miss is the sampling function. Perhaps one day Roland will add this sampling feature, that would basically make it a souped up Roland Fantom XR, with the 12 SRX modules built in as well as SuperNATURAL sounds.

This is not like any other review, it’s more of a look at the hardware itself. Opening up the unit we’re presented with a main control board along with the front end PCBs for the in/out jacks. 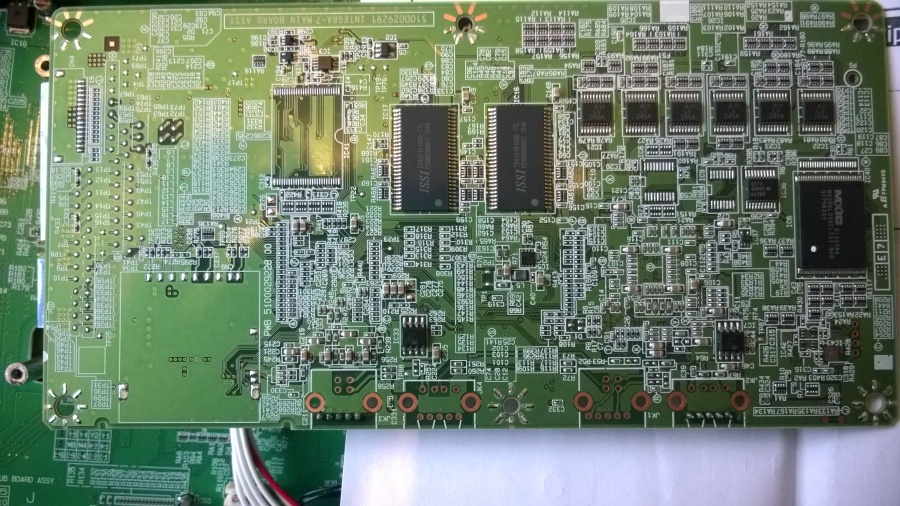 The main board is of great interest. It seems to have provision for 2x USB B and 2x USB A jacks. However only 1x USB B (USB MIDI/Audio) and 1x USB A (USB Memory) are exposed to the user.

I am interested to see what the other USB B port could be? A debug port? Who know’s for now, but when I have the right parts, I will solder a connector on and let you know in a future update.

The unit has 3x S29GL01 (1Gbit) GS10TF102 Flash ROM modules. That’s equivalent to 384MBs of information. I’m guessing this contains the Preset Waveform data. There are 256 SuperNATURAL Acoustic Tones and 1109 SuperNATURAL Synth Tones. If you compare thiswith the SuperNATURAL Expansions, each expansion has only around 12-50 tones. 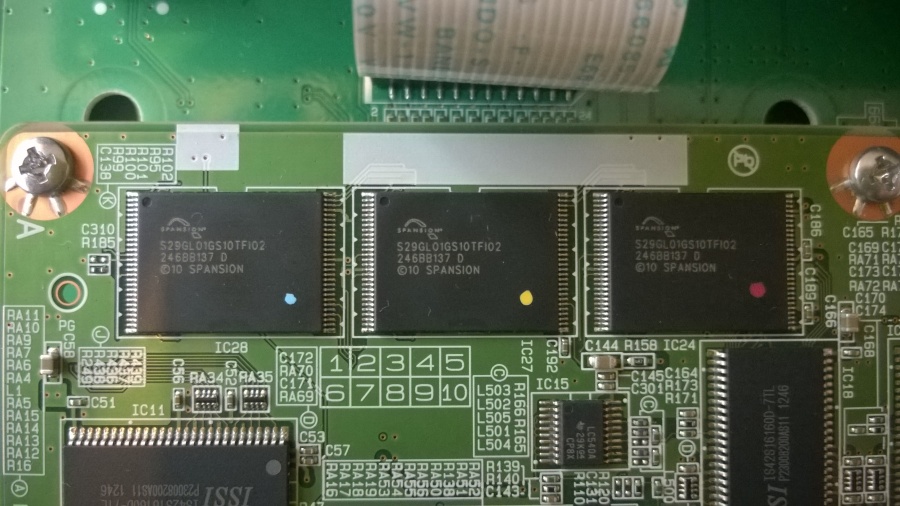 There is also  MX29GL256 which is 256Mbit/32MB parallel flash. This could be used for the CPU Firmware and the User SVD patches, studio sets and other settings. However there are also a couple of other Flash ROM chips which could be used for this purpose 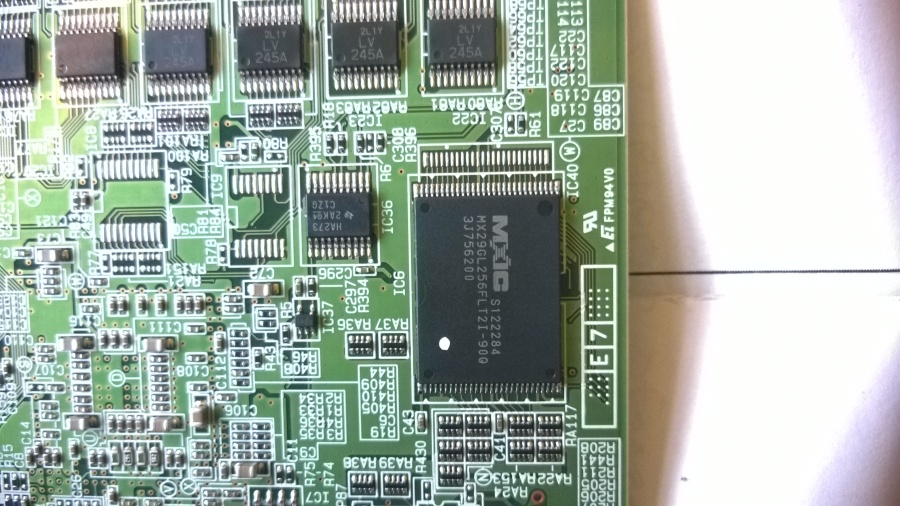 There is also another RAM chip probably used for the CPU which is a IS42S16400F which is a 64Mbit module or 8MB or RAM. 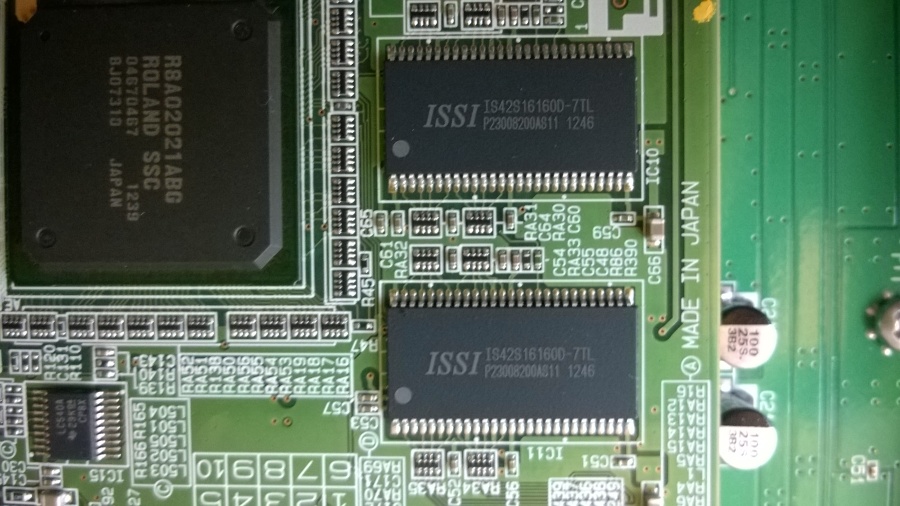 There is a 4GB microSD card on the unit, and for development purposes I believe there is space for a fullsized SD Card to be fitted on the underside.

I downloaded the contents of this SDCard, and the data starts at

Here is a link to the SD Card’s contents, however I am not responsible for any damage done to your unit.

I started the unit up without the SD Card and noticed that I could not load any of the expansion data, (Error Loading Expansion Message) but the Presets Tones were still available. 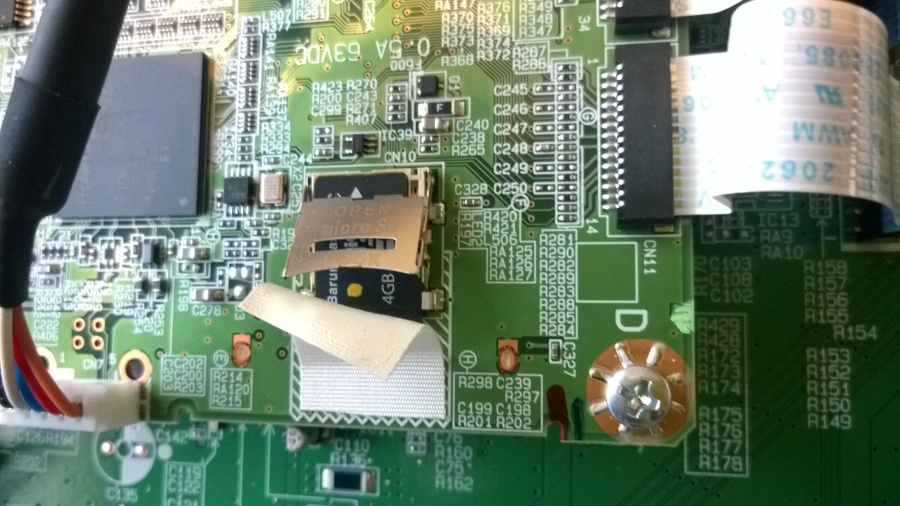 Overall it’s a decent device, but I don’t understand why they did not add the ability to load your own samples. It seems like the most powerful Roland Rack Module out there, with 256MB of RAM and the ability to pull information out of a USB Memory Key and potentially load it onto the SD Card, with 2x Mono Inputs on both the front and back means that the Integra7 is just crying out for SAMPLING features!